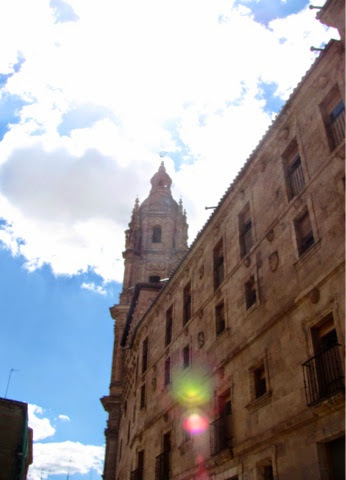 The University of Salamanca was founded in the year 1218, and boasts some incredible alumn, including Miguel de Cervantes, author of Don Quijote, Fray Luis de Leon, a Spanish poet and author, and Hernan Cortes, a famous explorer. 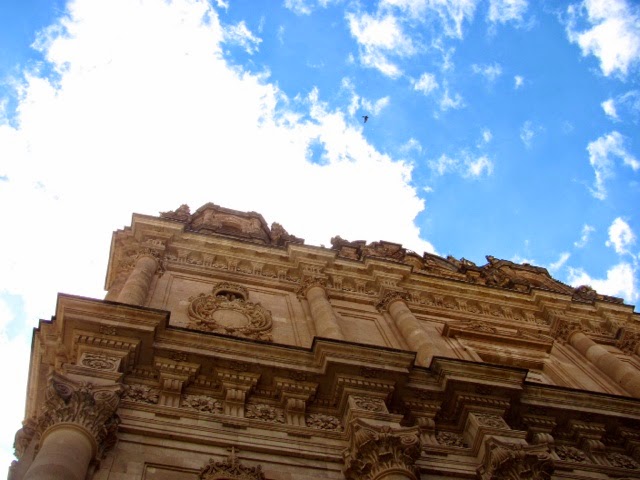 Its halls and ancient libraries are still filled with students today. Actually, the entire city of Salamanca is filled with university-aged people (like me), carrying on with their daily lives in the midst of hundreds of tour groups. Personally, I would love to go to school here...
Salamanca is a perfectly sized city, much smaller than Madrid, with a young population and lots of history. 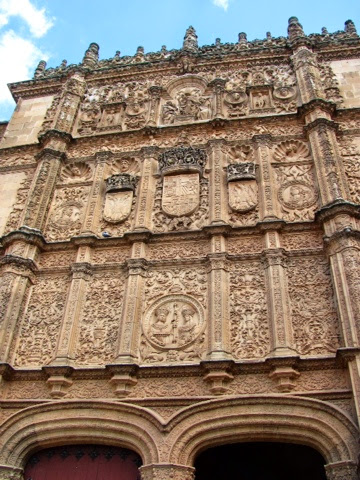 This wall, on an entrance to the university, was made famous by the tiny frog that was hidden in its intricacies, called "la rana de buena suerte," or the frog of good luck. I was told that, if I could find the frog without help, I would have good luck and be able to pass all my exams. 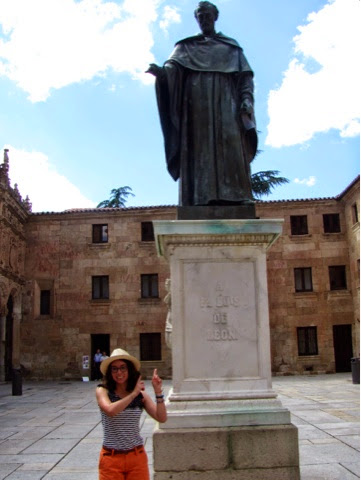 Across from the façade was a statue of Fray Luis de Leon. Prior to taking my Spanish Literature class last year, I would not have known who this guy was, but after doing my final project on him and his works, he's kind of a friend of mine. I stopped so we could get a photo together. 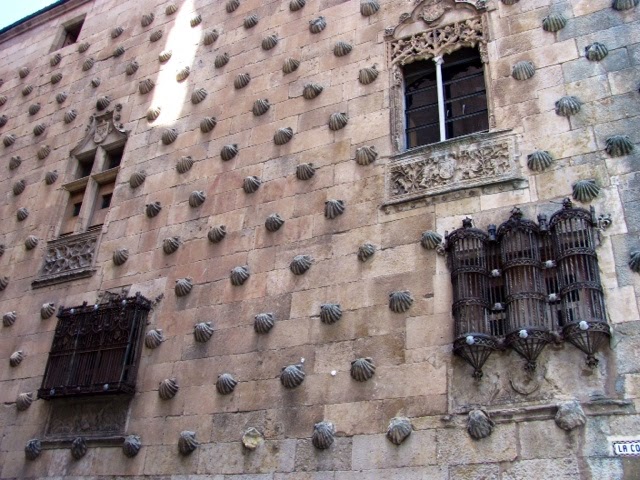 Above is the House of Shells, beautifully decorated with, well, shells. 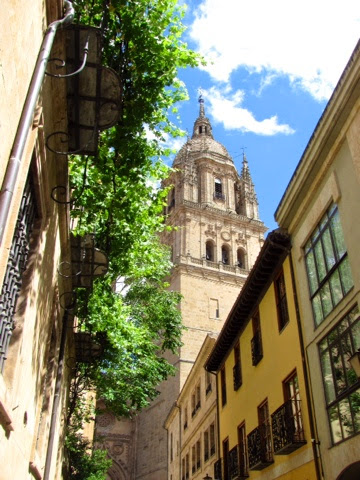 The Pontifical University of Salamanca towered over us during our entire time downtown. It was definitely worth seeing up close. 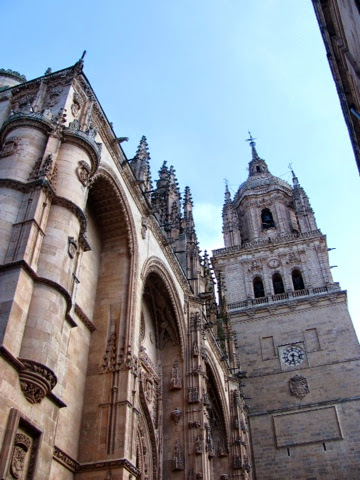 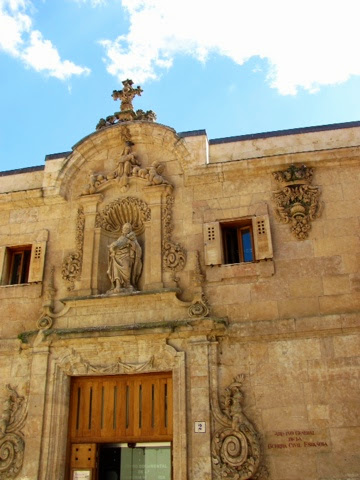 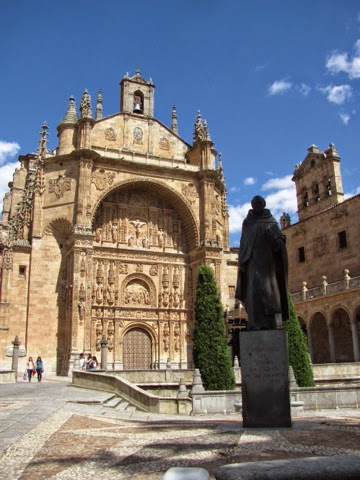 Above is St. Stephen's Church, which we were able to snap a few photos of. 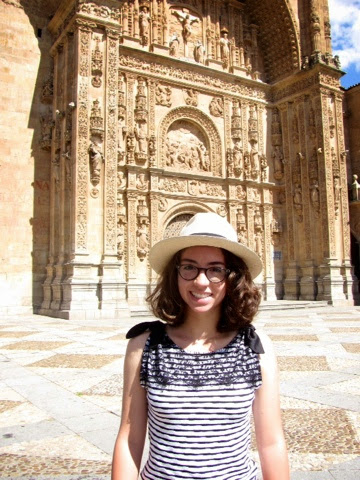 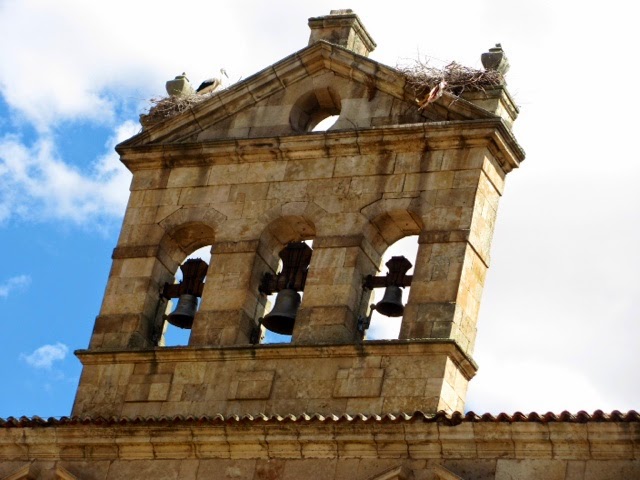 Above are some storks who made their home on top of the convent's belltower! Storks mate for life and meet up at the same place every year to build their nest. 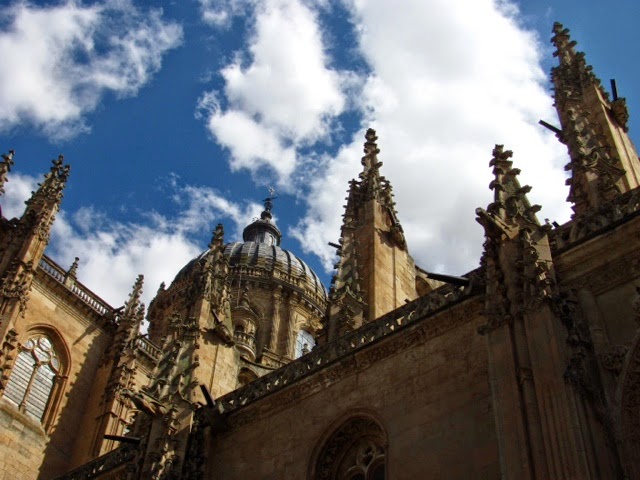 The NEW Cathedral is pictured above, even though it really is quite old. It was consecrated in 1733, and is actually connected to the Old Cathedral. You can even pass through from one to the other through a little door to the right of the main entrance. 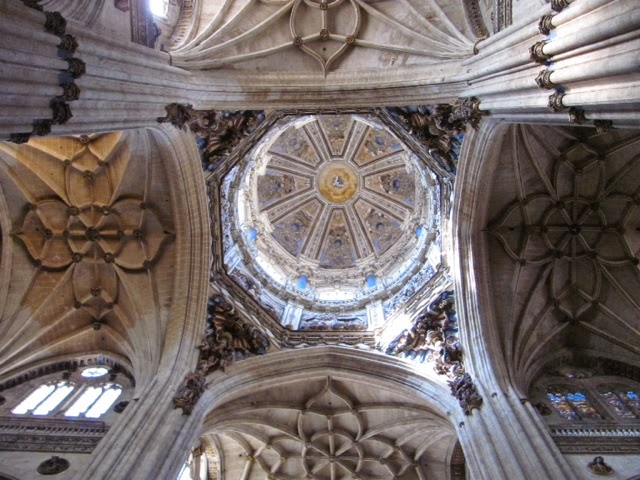 Love me some symmetry... 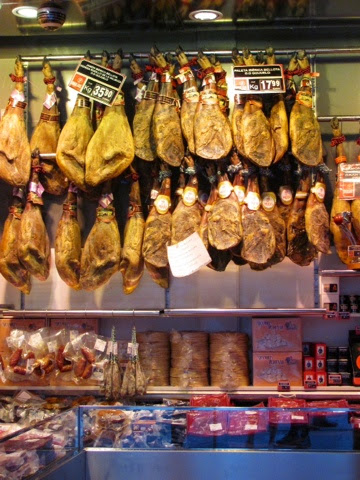 Love me some jamon serrano. 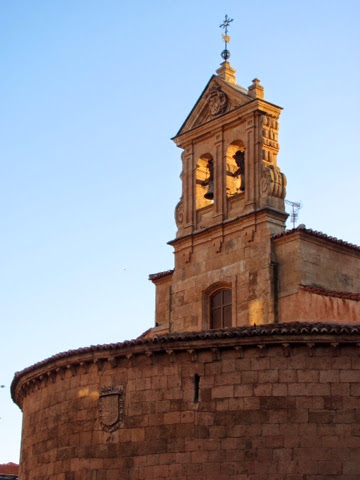 We walked around amongst the university student population on a Thursday night and found them relaxing and getting ready for a night out. We passed by the round church, above, that made for a good photo. 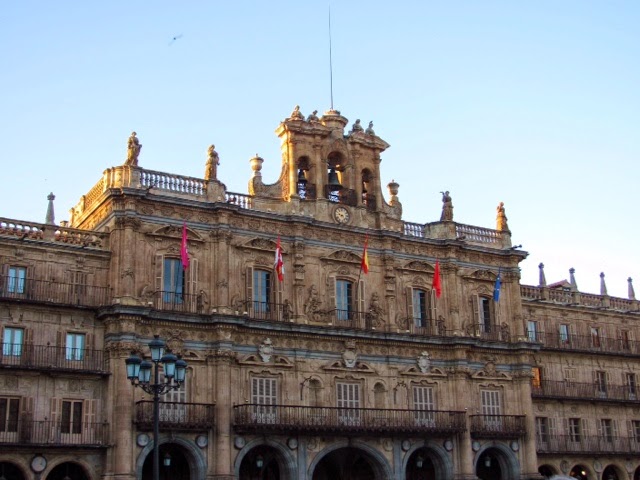 We also hung out with the rest of the locals on Salamanca's Plaza Mayor. It was a great feeling to be out there around 10pm. There was still some daylight, and young people were walking around on dates, riding by on bikes, and eating pizza on the stone floor. 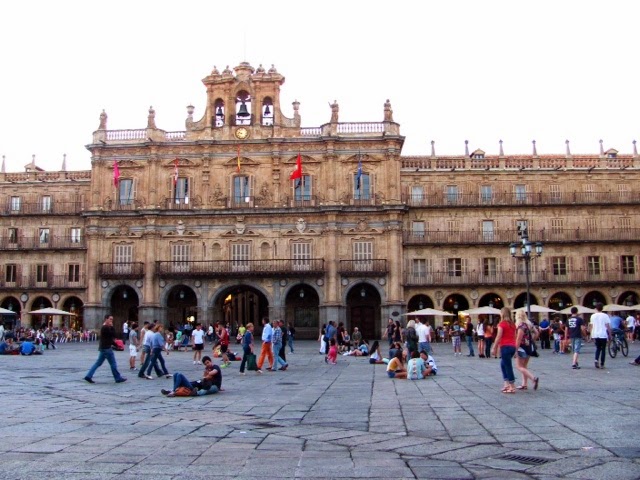 What a great place to go to school!