The area of Spain called the Costa del Sol, or Coast of the Sun, runs along the Mediterranean Sea in the South of the country. It is a very lovely part of Spain, with little towns, seaside vistas, good food, and lots of history. We were only able to spend a few days in this area, and only really visited the cities of Malaga and Fuengirola. 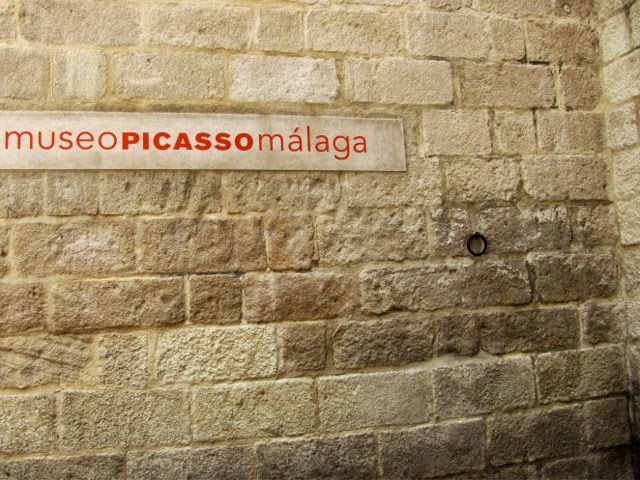 Our group was only able to stay in Malaga for about two and a half hours, but we visited Pablo Picasso's birthplace and the Picasso museum. My parents and I have always been huge fans of Picasso, and I grew up learning about him and his works, so it was great to see where he lived. We got a photo with a statue of Mr. Picasso, which I will be adding here shortly. 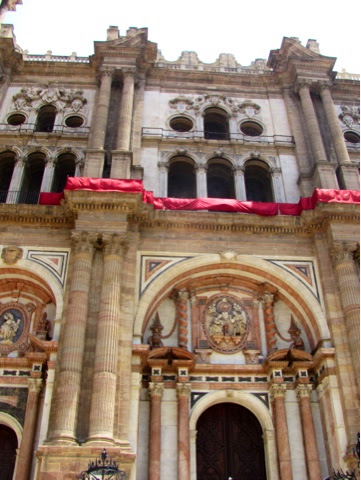 We also visited the Cathedral in town, which had some of the highest ceilings that I have ever seen! There was also time for us to treat ourselves to gelato and we stopped to watch an opera singer, showing off his talents just outside.
After Malaga, we went to Fuengirola, a seaside city that caters to tourists. We spent two nights here within view of the Mediterranean. 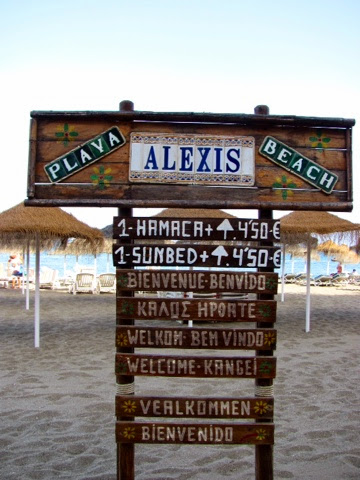 After walking around the beach, which was rocky but still beautiful, we wandered to the town square in search of some tapas, and found a place with probably 4,000 mopeds outside of it; a good sign.

If you are searching for a beach-town in the Costa del Sol, I would probably look around a bit more before choosing Fuengirola. It was a nice little town with beautiful views, but the beach was not my favorite. We passed by another beachy town called Marbella, which seemed nicer but also a bit more up-scale.