At the End of the World 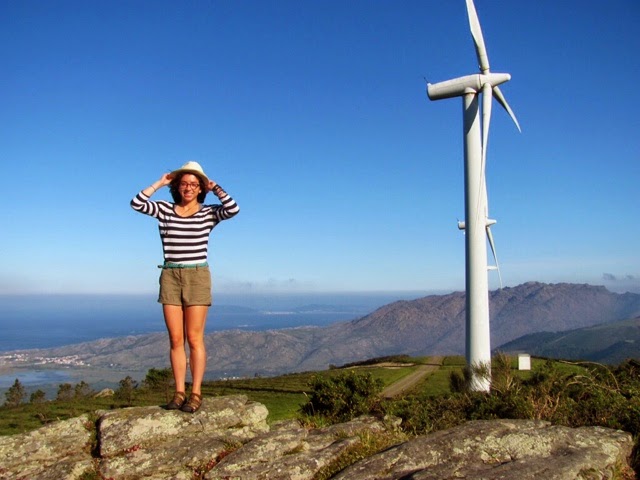 Finisterre is the western most point of Spain, and before the New World was discovered, people believed that it was the end of the world, since the horizon just goes on and on until it eventually blends in with the Atlantic Ocean.
Before we got to the town of Finisterre, we stopped at a very windy point on the top of a mountain. There was a very long row of windmills that were hard at work, and I nearly lost my hat! The small port town of Muros was lovely to visit. We only stopped to get a cappuccino and take a few photos. It was nice to see the ocean again and hear seagulls. 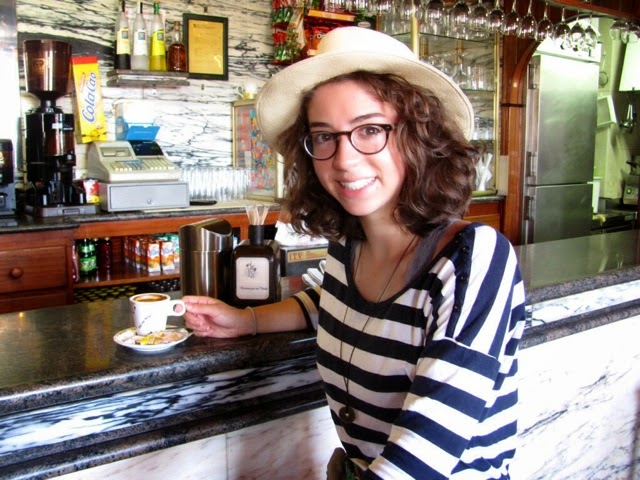 We then drove a little bit more to get to a waterfall. Since I've visited Niagara Falls so often, these falls did not impress me too much, but they were nice to look at. 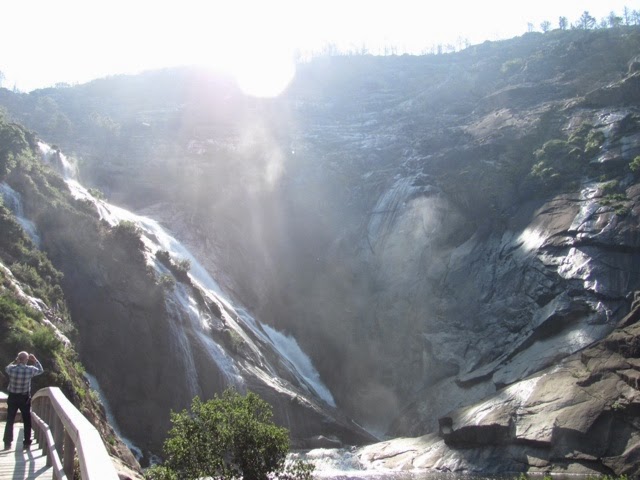 I also got to meet a troupe of attractive Spaniards in wetsuits.... They were getting ready to go rafting and canyoning near the waterfall for a bachelor party.
I wanted to go with them! 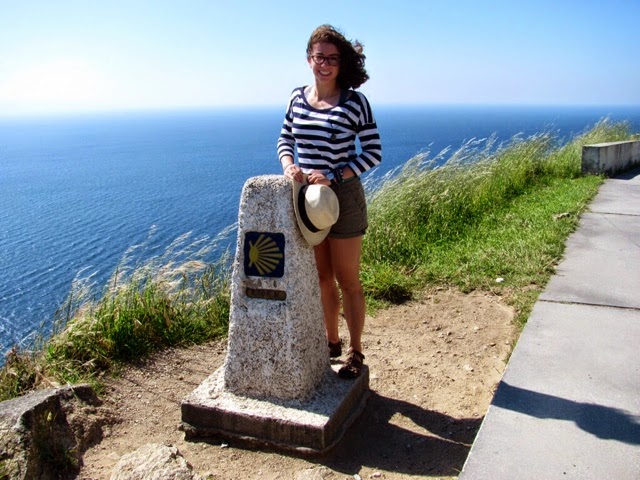 When we got to Finisterre, we found the 0.00 km marker from El Camino, since some pilgrims choose to continue walking for about three or four more days after they get to Santiago de Compostela. Here, pilgrims also burn their hiking shoes out of tradition and sometimes leave clothing and stones that they have been carrying throughout their pilgrimage. 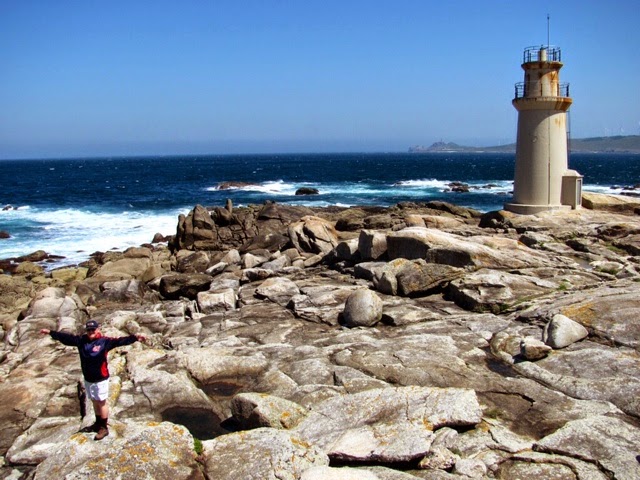 Our group stopped at this lighthouse for a few minutes, so my dad and I explored the rocks and climbed closer and closer to the ocean until it was time to go. 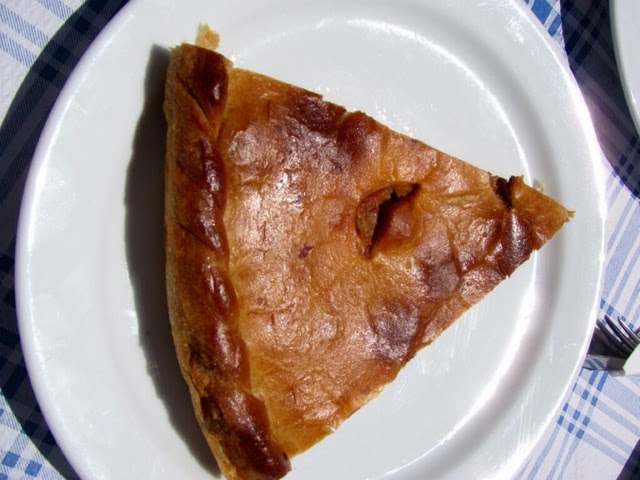 When we stopped for lunch at a small fishing village, we decided to indulge in Galician favorites, empanadas with tuna and grilled sardines. 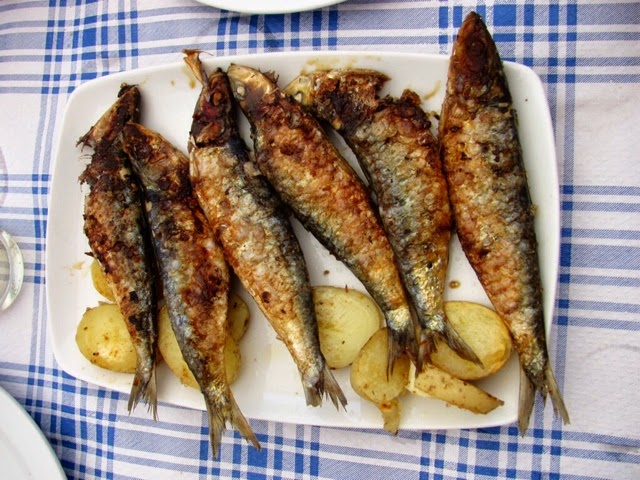