A few days in Madrid and on to Toledo 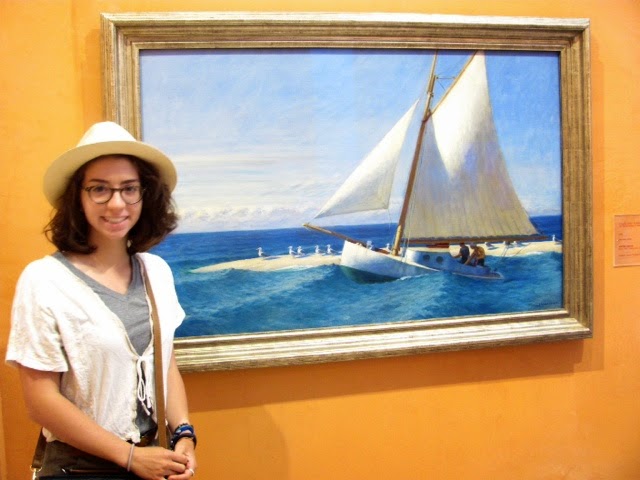 I have been playing catch up for the past few days, blog-wise, since I was not able to keep up with my days while on the Camino. My family and I had some downtime while we visited Madrid, and the day after we drove back from Santiago, we slept for about 12 hours, waking up at about 11:30 am... Which is very unlike us. Usually, our motto while on trips such as this one is "we can sleep while we're dead," but we really needed a few days of recovery after our busy week of walking several kilometers and changing hotels every day. 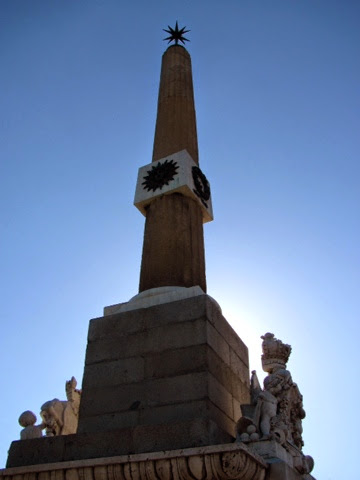 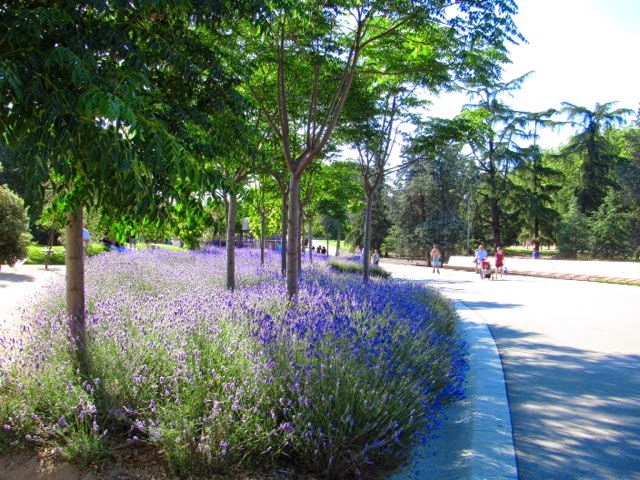 While in Madrid, we stayed at a hotel near Parque de la Arganzuela, which was a beautiful park that the Manzanares River runs through. There are tons of biking, walking, and rollerblading paths through the park, as well as many playsets for children and a fountain/water play section which provides a beachy atmosphere. My favorite part of the entire park was that it was entirely decorated with lavender, my favorite flower and scent. It is the perfect plant for the dry environment and really made the park look lovely. 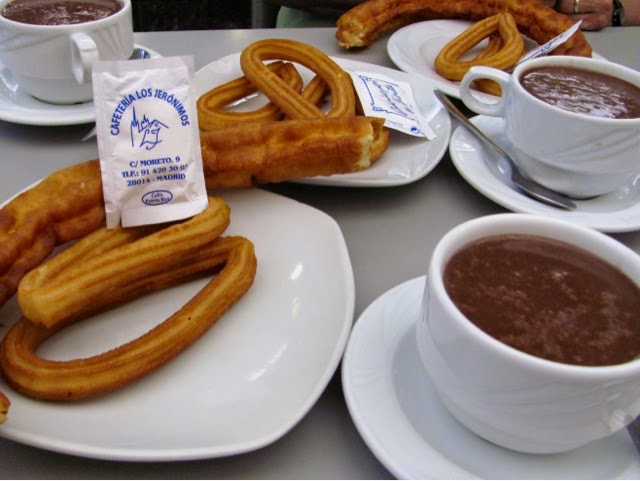 I ate "churros con chocolate," a Spanish late night snack, for the first time, and found it delicious. 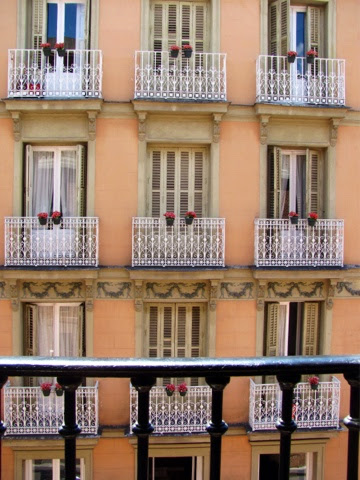 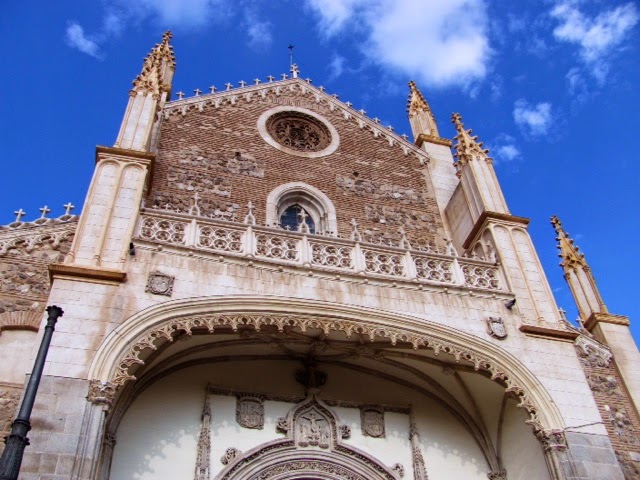 Above is the Church of the Jeronimos, which we visited after spending time at both the Thyssen-Bornemisza and Prado museums. Unlike museums in London, I learned that visitors usually have to pay to get into these museums, however, the Thyssen is open from 12-4pm on Mondays for free, and the Prado from 6-8pm every day of the week. By waiting in a long line for a free ticket into the Prado, we saved ourselves €14 a piece.
The first photo in this post is of me with a Hopper painting that was in the Thyssen. I loved both museums, though they are both very different, and hope to visit them again while I'm in Madrid in July.
My parents and I began a tour of southern Spain, and we spent the morning in the city of Toledo, just about 45 minutes outside of Madrid. I had visited Toledo once before, but I did not remember much about it until we arrived in the walled city and began walking around. 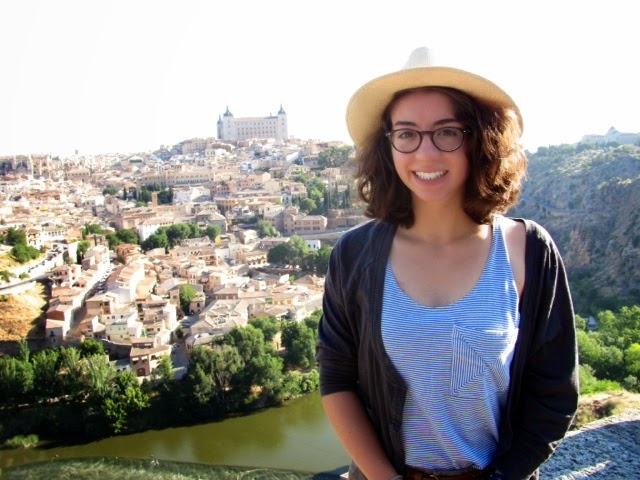 Tomorrow begins the city's biggest celebration of Corpus Christi, so the main streets were decorated and people hung banners and tapestries from their balconies. I wish we could have spent the night there to see the celebration. 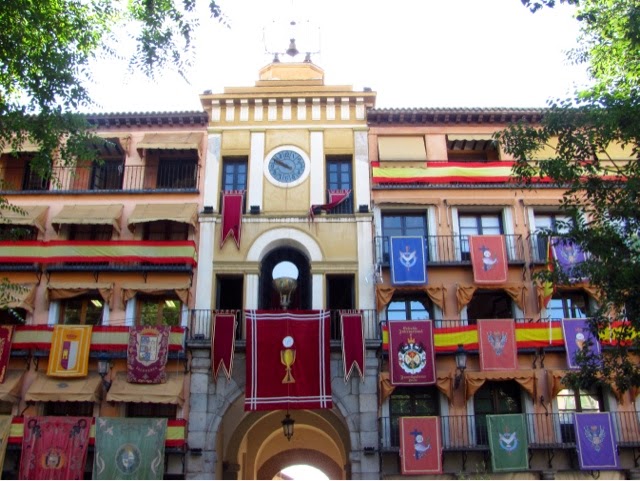 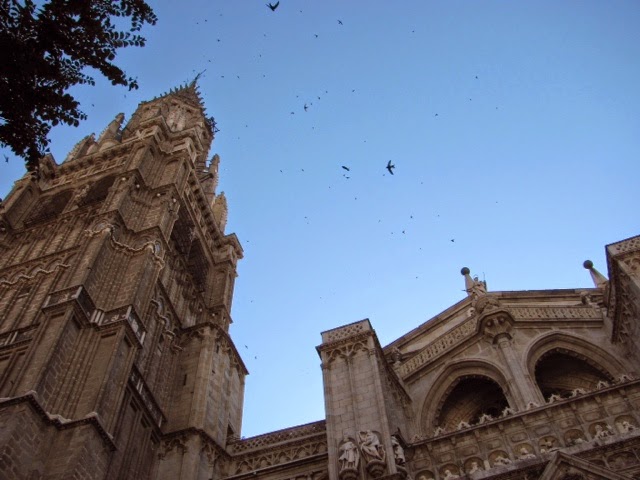 I noticed that there were a ton of birds all over the city...I didn't ask why, but now I wish that I had... 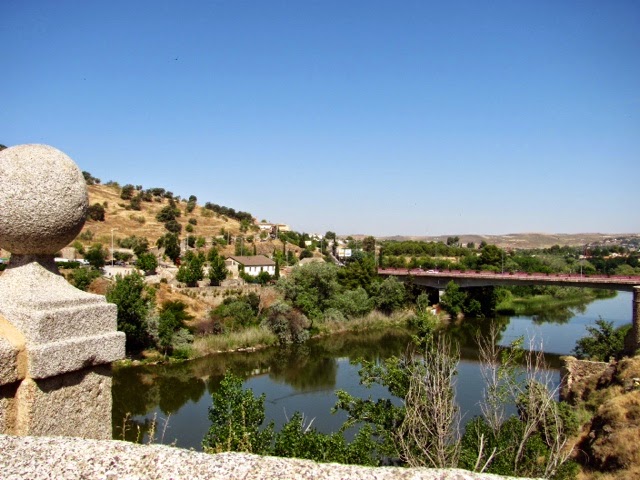 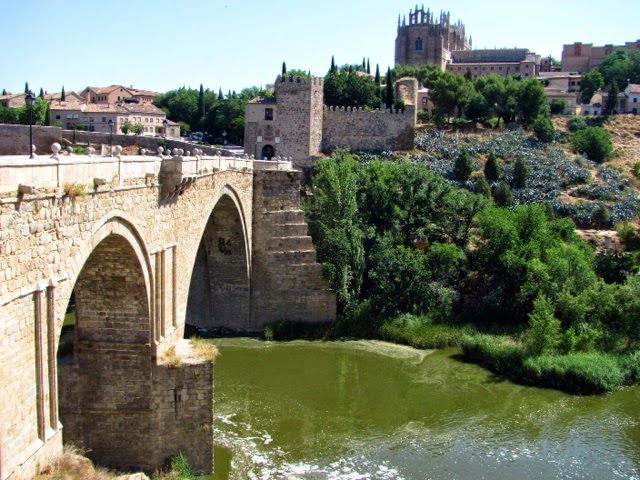 Toledo is known for Damasquino jewelry, like the medallion below, and also for beautifully decorated swords. In fact, some of the swords in The Lord of the Rings movies (my favorites) were made in Toledo. 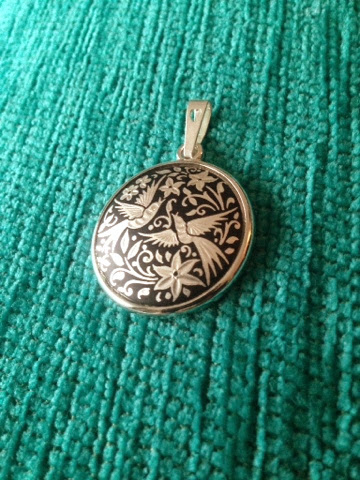