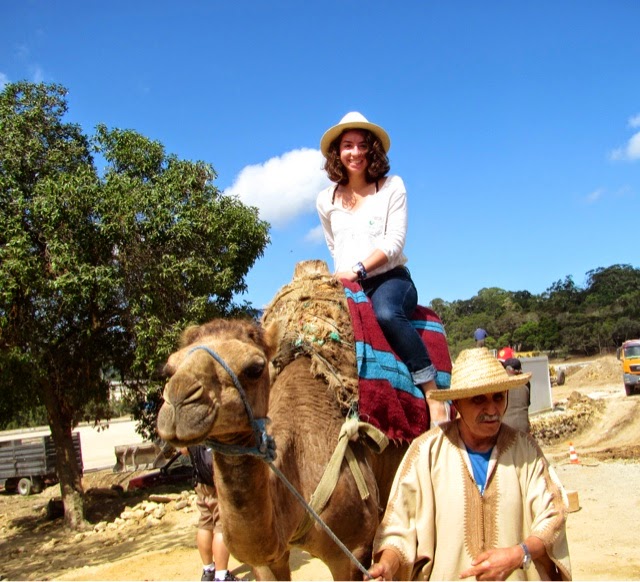 So this happened... 🐫
It was my idea to travel to Morocco with my family while on this trip, because of its proximity to Spain; all you have to do is take a ferry across the Strait of Gibraltar and then you're in Tangiers... And in Africa! The ferry left from Tarifa, on the southern coast of Spain, and took about 45 minutes to get to the port of Tagiers, or Tanger, in Spanish. 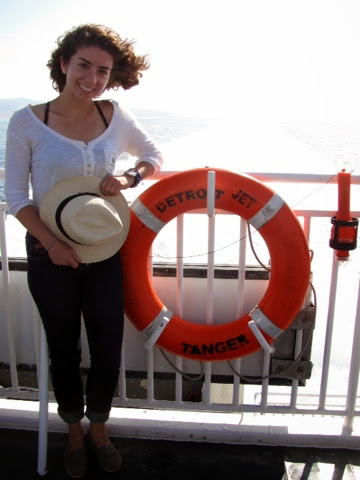 I have always thought of Morocco as a very exotic place, like how it is portrayed in the movies. The old part of town, with its narrow streets, bright colored walls, and spice-filled bazaars made me feel like I was in one of those movie sets, but the newer part of the city is full of skyscrapers, hotels, and street signs in French, Arabic and English. It was very much like a European city, with prominent Arab influences. It is a unique and refreshing combination to experience. 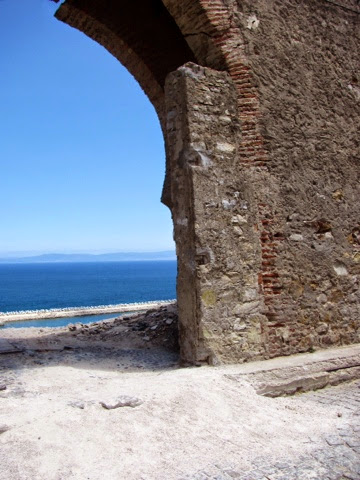 On top of being a mix between European culture and Arab culture, Tangiers is also a Mediterranean city. Trade is big and the city is called the "gateway to Africa." 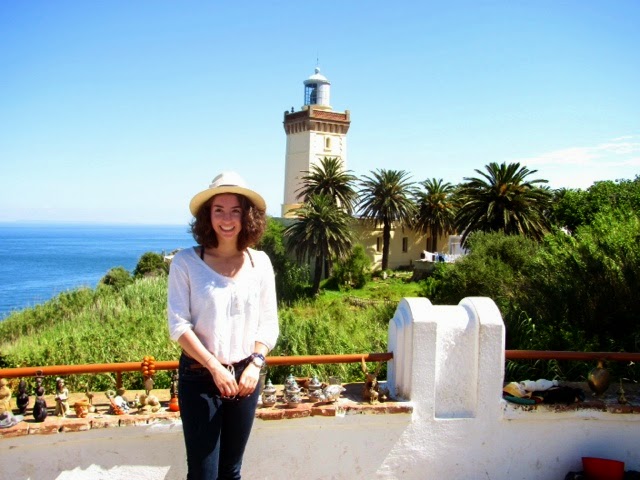 The lighthouse in the photo above, marks the boundary where the Atlantic Ocean and Mediterranean Sea meet. 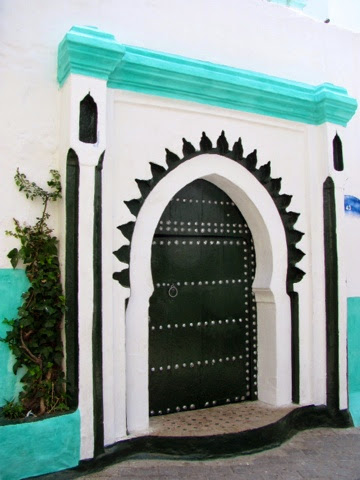 We then walked through the Kazbah, which I absolutely loved. Seeing locals, smelling all the spices laid out, and passing by little shops and communal bakeries was quite an experience. 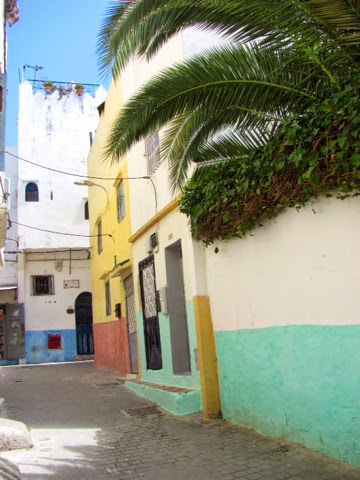 The decorations, colors, and tile work were amazing. I've always been fond of this kind of style. 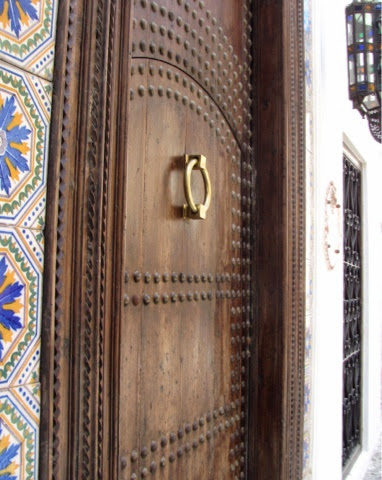 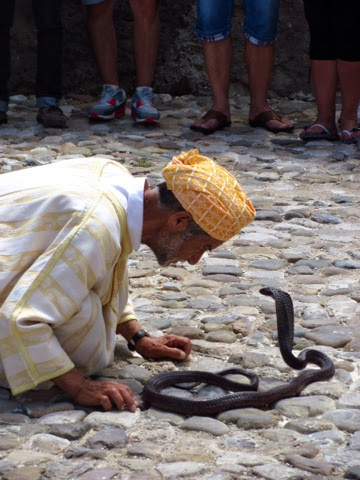 We stopped to see a snake charmer, which I was not incredibly interested in because it made me nervous, and we also had a traditional lunch. 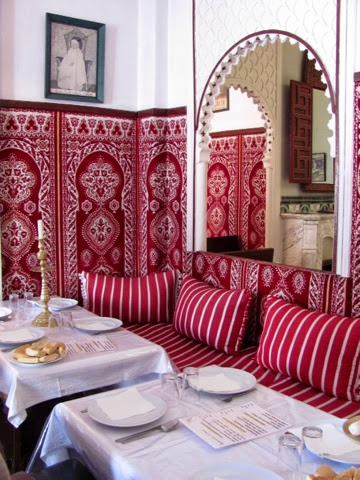 We ate kebabs, couscous, spiced chicken, and drank mint tea; all parts of my favorite kind of diet. As much as I love bread, it was nice to take a step away from it for one meal (since we've been on our trip, good bread has been a staple at every meal {as in, breakfast, lunch, and dinner}). 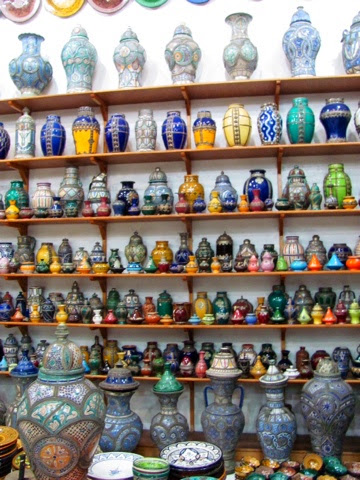 We also stopped at a huge souvenir shop, which sold pottery, carpets, leather goods, and traditional clothing. I bought a shirt which my mother haggled down to 20€. 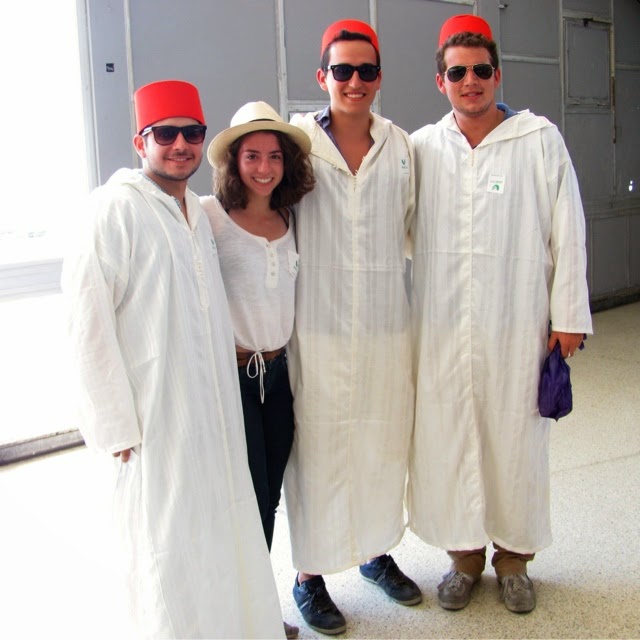 The guys above were from Mexico, but they embraced the culture wholeheartedly and bought Fezzes and clothes that we saw the locals wearing.

I was really glad to have been able to visit Tangiers, as well as set foot on the continent of Africa for the first time. It was a great experience, and, although I was warned before going, I never really felt unsafe at any time; we were also with a tour group that included a local guide, so that could have helped top. My family and I did become a little overwhelmed every time we left a shop or the restaurant because there were some very adamant vendors who followed our tour group wherever we went. The vendors would put their merchandise right in front of us and walk with us for several seconds, but we found that they would leave us alone after we said "no" and refused to stop or make eye contact. As annoying as they were, I understand that they are just trying to make a living. HOWEVER, there was a guy who took our photographs without us knowing, and then developed the photos while we were at lunch and then tracked us down to try and sell us the photos... That gave me a strange feeling, but I guess that is just a taste as to how celebrities feel, when strangers take their photos and post them all over (I'm guilty of this).
Tangiers was a nice place to visit for the day, and I would have liked to spend some more time exploring the winding streets, but I would really suggest going with a group. I also have a newfound interest to explore cities like Marrakech, and other places in Africa.