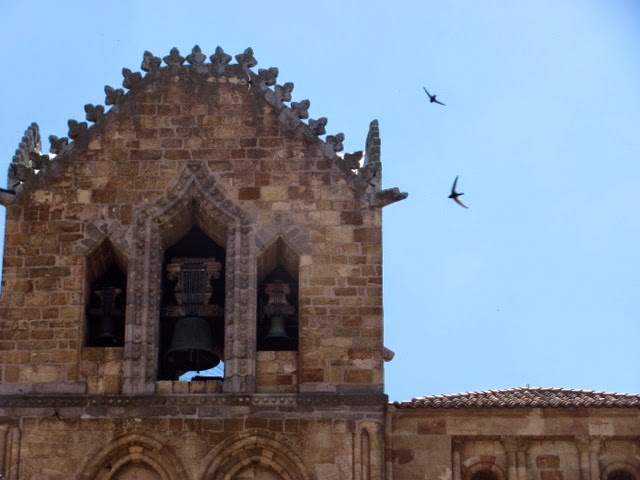 Since I am a bit more than a week behind on my posts, here is a brief update on where I am and what I am doing: At the present moment, I am back in Madrid finishing up my first day of classes at the institute, where I will be studying and improving on my Spanish for the next month.

Prior to going to Madrid, I visited the cities of Avila and Segovia for a day. Since they are so close to Madrid (only about an hour or two away), I may be visiting them again, later in the month.
The city of Avila is known for being the home of St. Teresa of Avila. Here she is below: 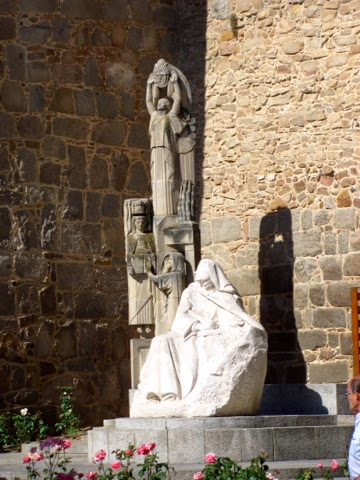 There is a church in the city that was built over the area where she was born. When we visited, we also stepped into a museum near the church, which had relics of St. Teresa, including pieces of cloth, the sole of one of her shoes, and her ring finger, with a ring attached! 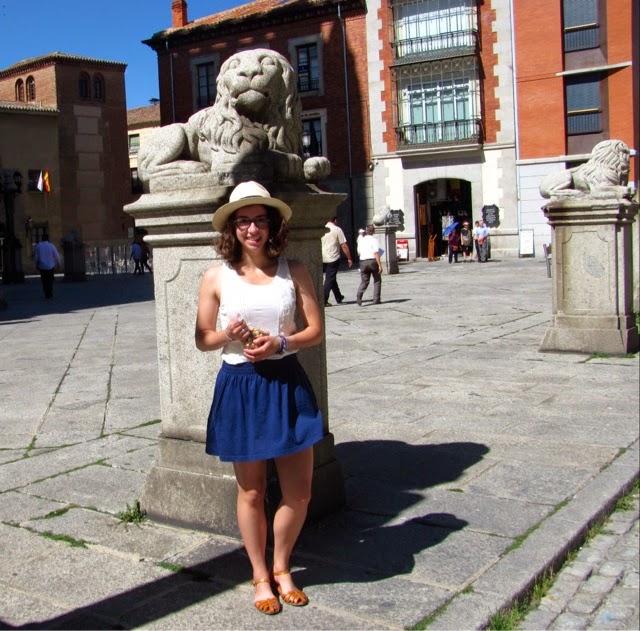 We stopped at an open air market in Avila's main square, and I bought some hazelnuts from a dried fruit vendor. I could live on nuts and dried fruit if I had to, so I waas glad to have found and bought a nice snack to last me through the end of the trip. 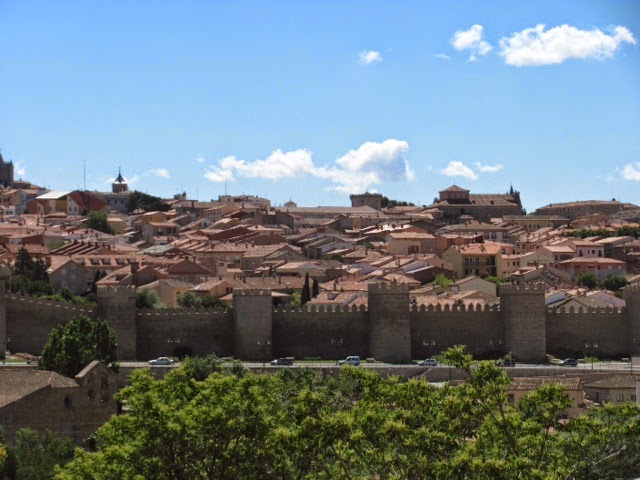 We had to say goodbye to Avila too soon, due to our busy schedule, but the city was really beautiful and perfectly small. The walls that wrap around it make the city very intimate. 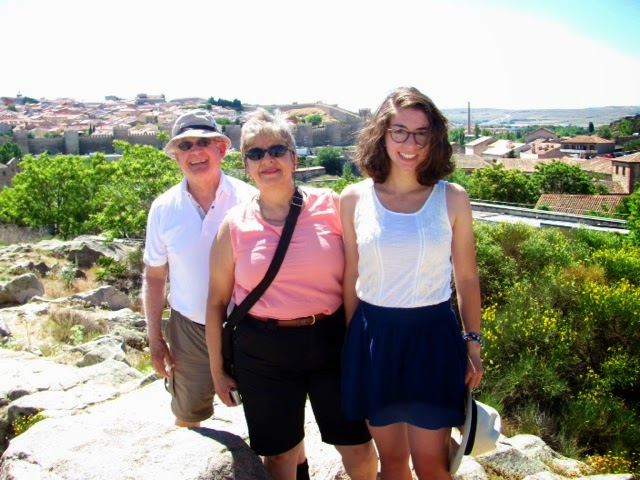 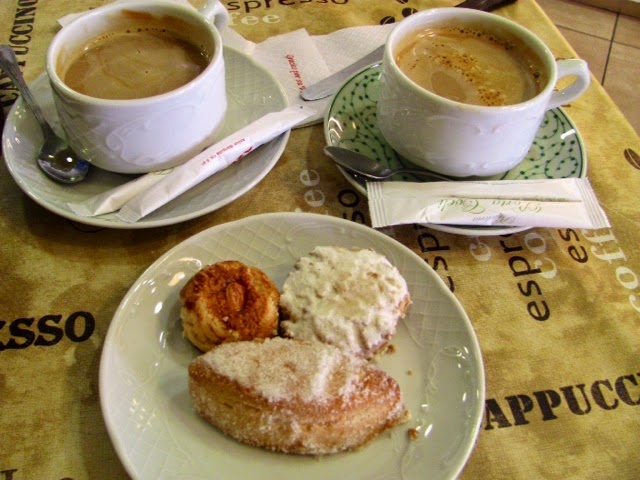 My parents and I grabbed a quick snack before getting back on the tour bus to go to Segovia. The almond pastries were almost too cute to eat (the key word is "almost"). 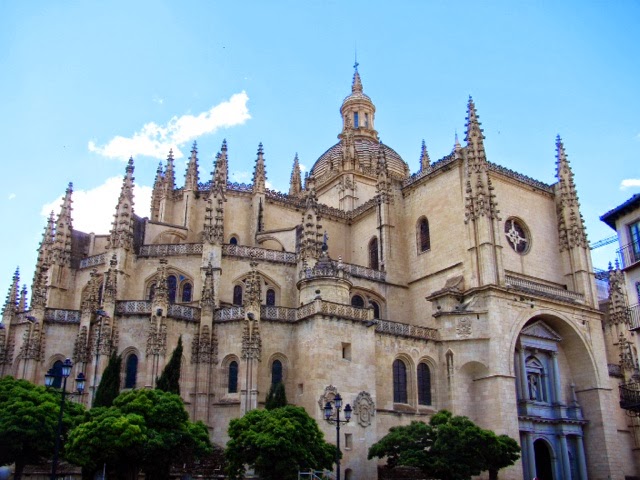 SEGOVIA is best known for its Roman Aqueduct: 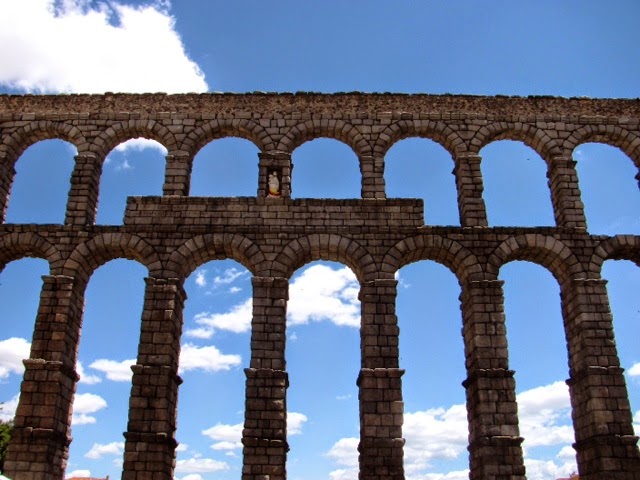 It is really incredible to see in person. The aqueduct was built in the 1st century and still stands today (obviously), even though it is not held in place with mortar or anything. 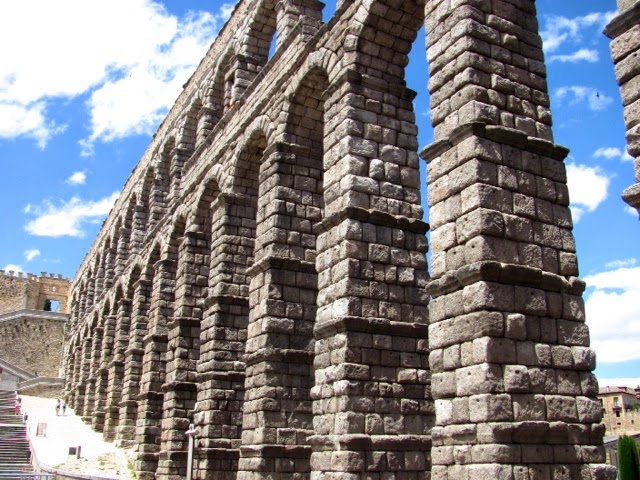 After awe-ing over the aqueduct, my parents and I ventured to the other side of town to explore the castle, or the Alcazar de Segovia. 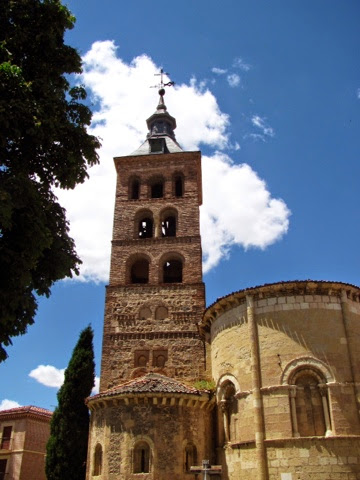 We did not quite have enough time to go through the entire fortress/castle, but we did take the time to climb the 152 spiraling stairs to the top of the tower, which can be seen below: 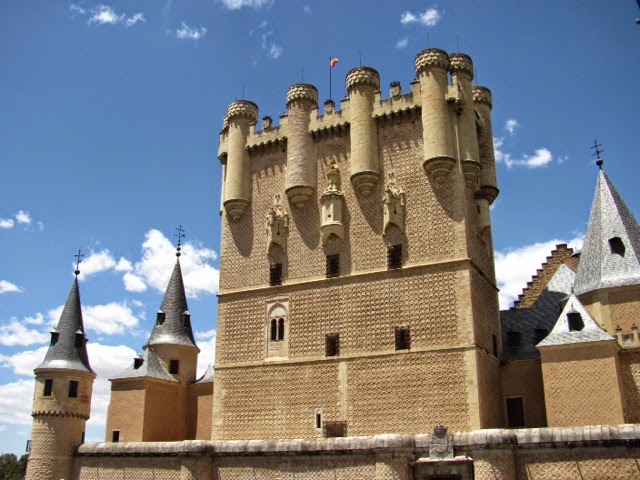 The next two photos were taken from the top of the tower. They show the view of the city, and then the view of what lies outside the city: 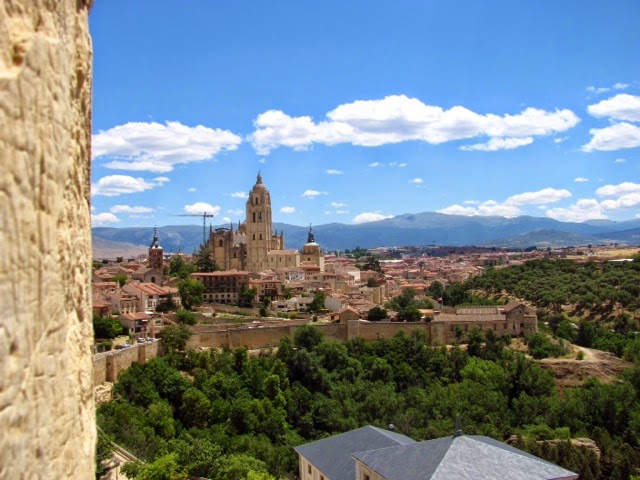 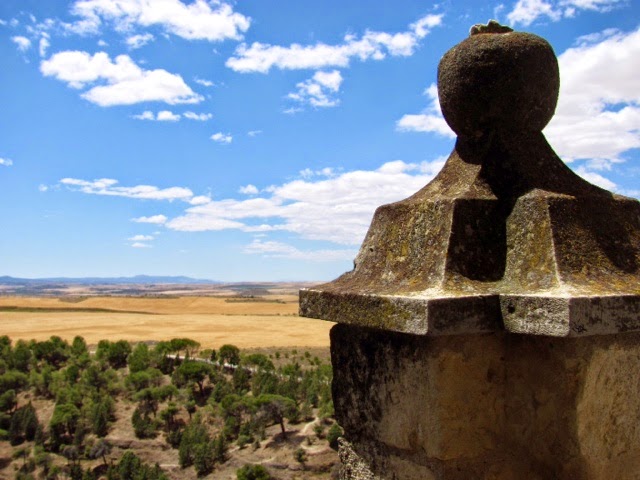 It is quite a contrast! Outside of the city, there is a bit of a forest, and then very arid plains. 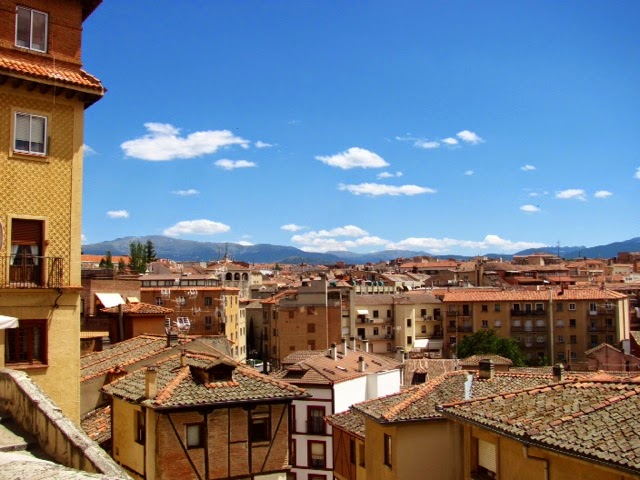 The city itself is charming, and one food dish that Segovia is espeically known for is... suckling pig. This delicacy is not something that I would really enjoy, since I do not like the idea of half a baby pig being on the plate in front of me with its cute, little ears and tail still in tact. However, I have heard that the meat tastes very good, once you get over the initial shock of the dish.
Posted by Angela Maria at 4:07 PM