Heading back to the homeland: London

I am so so so happy to tell you that I will be returning to the city of my dreams in a little over a month! Although it will be a very short trip, due to graduate classes and work, my friend Vanessa and I will be making the most of our few days back in our adopted hometown!

Ever since studying abroad in London, the city has had my heart... Here is the story about how we decided to book a trip back, over a year ago, on a complete whim: 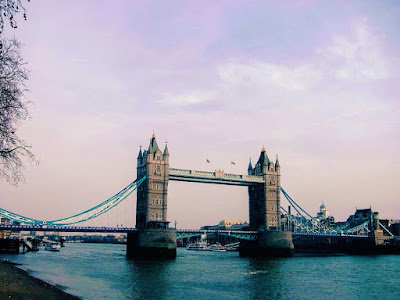 Last summer, my very good friend Vanessa called me around 2 a.m. after we had both gotten home from our summer jobs... That same night, at around 3a.m. we ended up purchasing tickets to see Benedict Cumberbatch star in Hamlet at the Barbican in.... you guessed it... London, England!

We had been huge fans of Benedict since we studied abroad in London together during the spring of our Sophomore year, all the way back in 2013!

(We even met him while he was filming our favorite show, Sherlock. Read more about that adventure, here.) 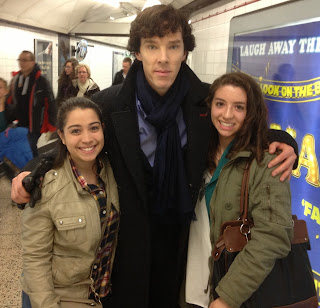 When we purchased these tickets, we had no idea what we would be up to in a year's time, or if we would even be able to take off of work to go see the play... but we bought the tickets anyway.

Purchasing the Hamlet tickets was not as expensive as we thought it would be, but we still had yet to purchase plane tickets to London...Fast forward to May of our senior year of college where we both basically had our life plans laid out for the next few months, and could finally commit to taking a reunion trip across the pond. We finally bought our plane tickets, which we got at decent prices through http://wowair.com/ (We can bring barely any luggage, and it won't be glamorous, but at least we can afford it!) We will be flying to Iceland first, and then onto Paris, where we will take the Eurostar train to London.

Vanessa and I saw several plays in London while we were studying abroad, so we know the drill and are so thrilled to be able to add another one to our list! We are also huge fans of Shakespeare, as we had to take a few classes on his works while studying in London.

We also hope to visit some of our old stomping grounds, like the Exmouth area, where we used to live, Tottenham Court Road, as well as absolutely any Ben's Cookies shop we can find (Actually THE BEST COOKIES IN THE ENTIRE WORLD). We are also thrilled to be surrounded by well dressed English folk with heart-melting accents (everything sounds better when said in an English accent). I also cannot wait to ride the Tube again... public transportation, especially the London Underground, is one of the most exciting and entertaining experiences I have ever had...

Vanessa and I are gearing up for a whirlwind few days of travel and adventure in early September, amid real life commitments like work and school. I can't wait to share this new adventure with you! I will certainly be blogging about it and I will take as many photos as possible!

Have you been to London? What was your favorite part of the city?
Posted by Angela Maria at 5:36 PM