Going to the "beach"

Although I go to school in Maryland, I live in the north... in a place where winters are freezing and the sun rarely shines... though it has been a nice summer so far. When my good friend told me she was planning a trip to the beach... my first thought was...
"what beach??"
and then:
"where?"
The only bodies of water around us are the finger lakes.
I knew of some beaches along those lakes... but I had always heard that they were dirty and crowded... by the way... I'm used to tropical beaches in the Caribbean... or at least Florida, Maine or North Carolina: beachy places
Not here...
But we went to the beach and it was a nice time.
It was a sunny, hot day and everyone had the same idea as we did. We found a nice patch of the beach and set up camp. There were seven of us. 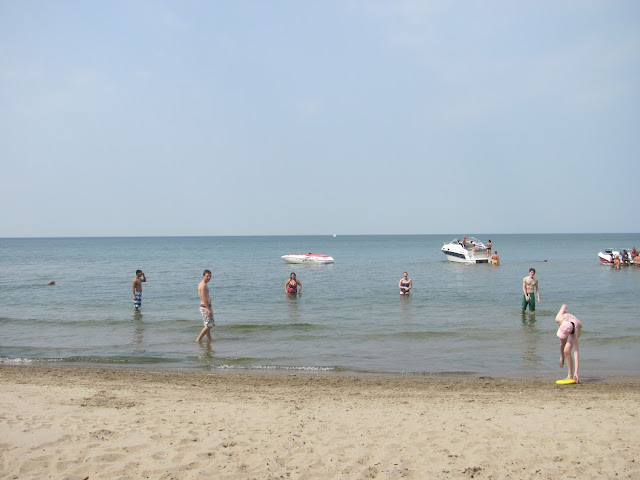 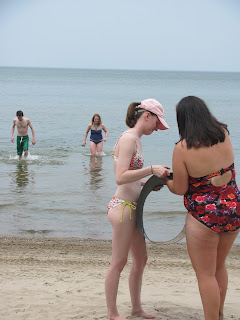 We had a nice time:)
We played frisbee and attempted volleyball. I got a little tan and relaxed in the sand. It was not the best beach by far... but we made do... and it turned out to be a lot of fun!
Posted by Angela Maria at 6:14 PM