Stratford- Upon- Avon and a football game


It is so hard for me to believe that I have been living in London for an entire month and that I only have two months left in this great city. There are moments when it hits me that I am having a once in a lifetime experience and that I may never get to live in Europe or in such a cosmopolitan city ever again. London is so different from the cities in the United States because it combines politics, history, the arts and culture into one concentrated place. Although most cities in the US have a mix of these aspects, some, like DC, are known mostly for politics and others are known for the arts, like LA. I really love having the mix, because it provides a wider range of activities and experiences. I am so glad to be living here.

The excitement of this week began with the prospects of seeing famous faces around town because of the Brit Awards. This is the English equivalent to the Grammy Awards. Wednesday was music’s biggest night in London and a few of our friends had tickets to the show, one of them being my roommate,Vanessa. She told me about her experience, which included some time with the stars on the red carpet and a seat on the balcony where she watched celebrities like Taylor Swift, Mumford and Sons, and Emeli Sande perform. There were also a few people from our consortium who won tickets to Justin Timberlake’s after- show concert and Jay-Z’s after party. It was a star- studded few days in London and we all kept our eyes peeled in case there were more stars around. 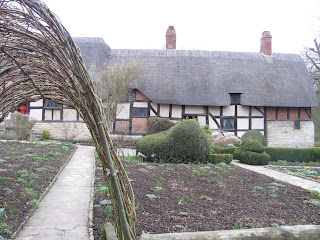 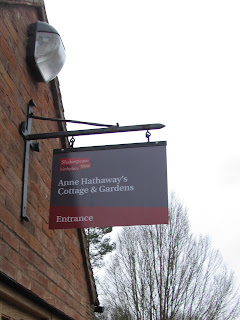 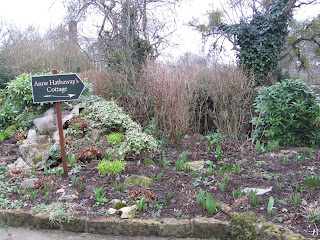 On Friday, we took a day trip with our school group to Stratford- Upon- Avon, which was William Shakespeare’s birthplace. I like to think of myself as a bit of a scholar when it comes to Shakespeare, because I took a class last year, am in 'Shakespeare in London' class right now and have had to memorize soliloquies since high school. Shakespeare has the best quotes for almost every life situation.

We began our chilly morning off with visiting Anne Hathaway’s cottage, which was just outside of town. Will married Anne when he was very young and they had three children. The cottage itself was adorable, but the little working garden that was just outside was what stole my heart. It would be my dream come true to own a house with enough room for a garden so that I could grow my own produce. Next, we went into town where we had a little over an hour and a half to explore on our own. My friends and I walked through the cobblestone streets and found our way to Holy Trinity Church to see Shakespeare’s grave. His epitaph reads: “blest be the man that spares these stones and curst be he who moves my bones.” He is buried where saints and kings are normally buried; he was that good. 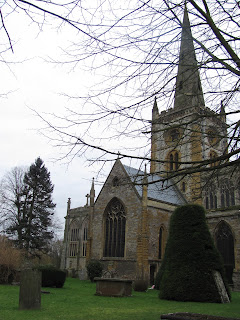 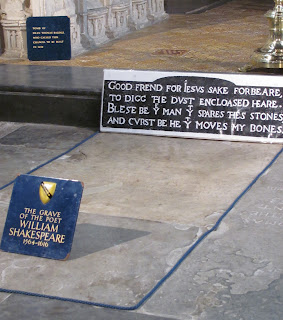 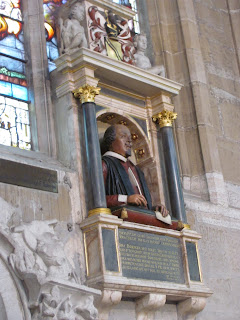 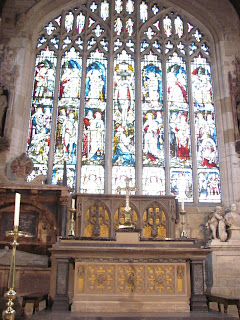 After eating at the oldest pub in town, we joined the rest of the group at Shakespeare’s family house, where he grew up and where his children were born. There were guides in every room who were dressed up in the garb of the period, that spoke to us about Will’s life and how there are lines in his works that allude to glove-making and tanning which was his father’s profession. It is still incredible to think that a man who was only educated until he was fourteen years old was capable of writing such works of art. His works are timeless and it takes a real genius to keep things relevant for over four hundred years. 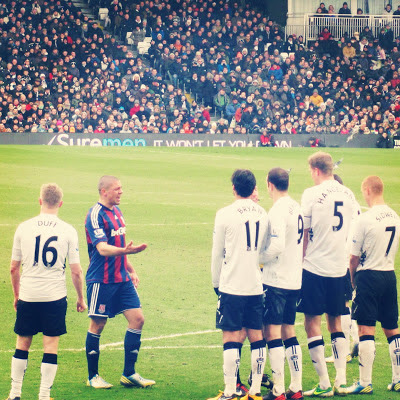 We had another exciting adventure on Saturday, which was a Fulham v. Stoke City football game. We were warned not to call it a “soccer” game, because the locals would get upset. I was surprised by the crowds of people who turned out for the game. The tube ride to Putney Bridge was quite cramped, but all we had to do to get to the stadium was follow the throngs of fans. Our seats were right behind the goal net, so we had a great view of the players trying to score. The game was intense and there was such pride and passion coming from the fans all around us; we knew how the Romans felt while watching gladiators fight in the Colosseum. Fulham won, in the end, and we had a very exciting experience watching the game. 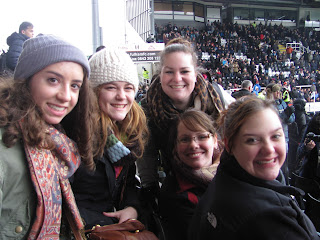 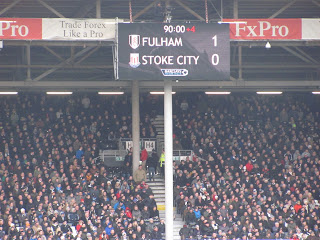