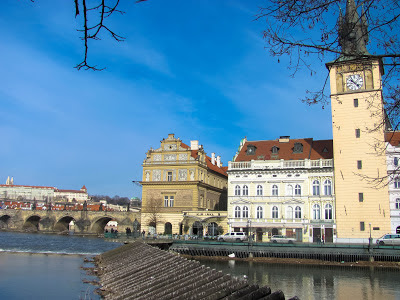 Last weekend, our group went on a trip to Prague in the Czech Republic. At first, I did not know what to expect but I ended up really enjoying myself. 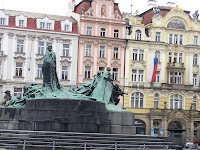 We landed in the airport in Prague and were greeted by a totally different language and the challenge of figuring out the currency (which uses a lot more zeroes than I am used to).
After finding an ATM and being shocked by the fact that we had just taken out 2,000 Czech koruna, we rode the bus into the city. Even though it was getting close to nightfall, we could admire the unique architecture of the buildings in Prague. Since the city was never bombed, all of the buildings are very old and built in the same style. 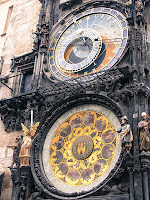 Our hostel, Hotel Fusion, was probably one of the coolest hostels in Europe. It gave off a funky vibe with writing on the walls and the rotating bar that was downstairs.
We all met up after we had settled into our rooms and went on a short walk to Old Town Square, the city's centre. The square would be perfect for a concert! There is plenty open space in the middle and it is surrounded by little shops, restaurants, food kiosks, churches and museums.
My favourite part of the square was definitely the Astronomical Clock Tower. It is the oldest working astronomical clock in the world and some say that it is cursed; anybody who has tried to restore or fix the clock has either gone mad or died... 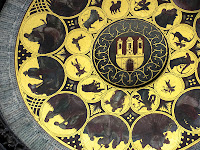 The clock has a set of moving figurines of the apostles that pass by windows on the hour as well as a skeleton, which symbolizes death, that rings a bell when the clock strikes the hour.
A group of my friends and I had dinner in the square and we ate outside, under heat lamps. The restaurant also offered us blankets. It was chilly in the city, but we were happy to be together and have good food. 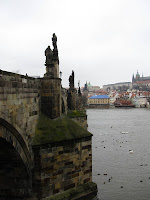 The next day began with a walking tour of the city. This was very helpful because, in the days leading up to our trip, I had not been able to do much research about sights to see while in Prague.
We learned a brief history of the city and the Czech Republicfrom our tour guides. One of the highlights of the tour was the Charles Bridge which was decorated with several statues and plaques. The bridge also offered a great view of the city along the river.  I noticed the great numbers of swans that were in the water below us. I have never seen so many swans in one place before! They are pretty to look at... but I have heard that they become really aggressive if you get too close to them.
There were many people selling trinkets, jewelry, food and caricatures along the river, as well as a few street performers. 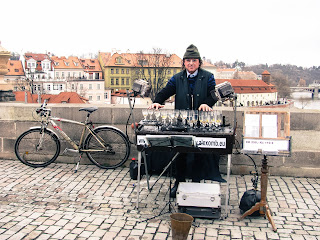 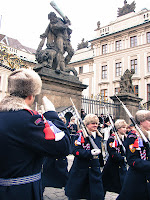 After a lunch, where I tried local cuisine, including hot (mulled) wine and fried cheese, we went on a tour of the castle on the top of the hill. The view was really spectacular. We could see all the Terra-cotta coloured roofs of the buildings around us and we were there just in time for the changing of the guards, which was very interesting to watch. All the guards seemed to know that they were good-looking and took pride in their fur hats.
The castle is the biggest in the world and we were able to explore different rooms and the churches that are connected with it such as St. Vitus Cathedral.
I really could not get enough of the architecture in the city! It was incredible. 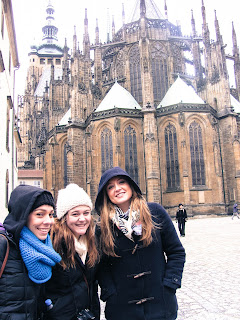 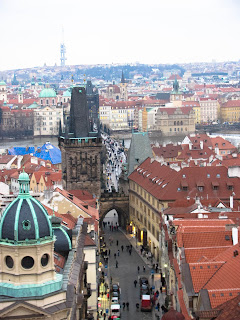 After the tour, we explored the city on our own for a bit. Sarah Moran and I took in the view from the top of the St. Nicolas Church bell tower and then we visited the Salvador Dali museum. 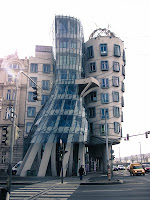 Our next day was left free for us to make our own way through the city until we had a group dinner at a traditional Czech restaurant later that night.
It was a gorgeous, sunny day in Prague and we walked to sights like the Dancing House and the Lennon Wall, which was inspired by John Lennon.
We also spent some time just sitting in the square, people watching and taking in some rays.
We even had time to try Trdelnik which remind me of pretzels except they are wrapped and baked around a wooden pole and then covered in either cinnamon sugar or almond.
Before we got to Prague, I did not know how much there would be to do in the city, but I quickly realized that the city had new and interesting features waiting for us behind every corner. 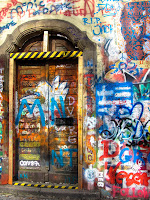 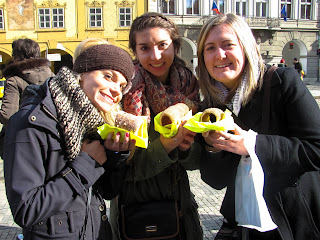 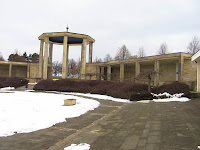 On our last day in the Czech Republic, we left Prague to travel by bus to Lidice and the Terezin Concentration Camp.
The town of Lidice was burned down by German forces in 1942 and all of the adult males were killed. There is now a memorial where the town used to be.
The Terezin Concentration Camp was eerie to visit, because of all the death and destruction that had happened there, but it was also very educational and a significant part of history. 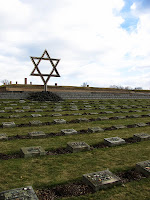 We saw some of the conditions that inmates were kept in as well as the cemeteries and the cremetorium. 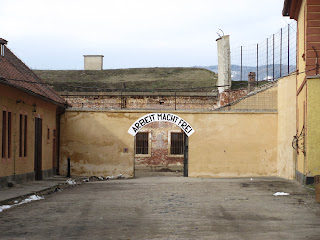 After visiting these places and catching the brilliant sunset, it was time to catch our flight back home to the UK. 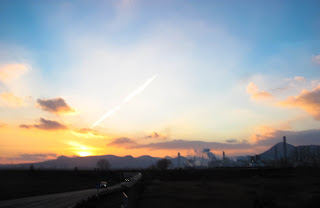