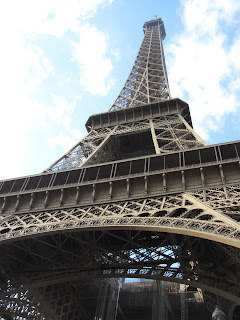 This past weekend, my roommates and I took a trip to Paris, France. We caught the earliest Eurostar train from London to Paris. And began exploring. 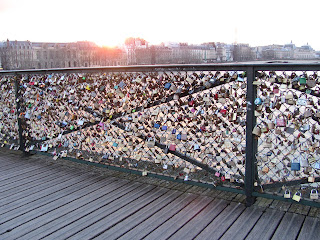 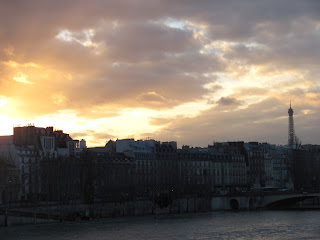 On our first day in the city, we did some sightseeing. It was a simply gorgeous day, as you can tell from the photos!
We walked all over and passed by the Eiffel Tower and Notre Dame, through Place de la Concorde, where we had delicious chocolate waffles and walked over Pont des Art; a bridge with padlocks attached to it, which symbolize eternal love.
Lovers fasten locks onto the bridge, and then throw the keys into the Seine below.

We were there the day after Valentine’s Day, so there were plenty of padlocks that had been newly attached as well as several overly- affectionate couples PDA-ing on the bridge.
We spent Saturday in Versailles, where we toured Louis XIV’s mansion and gardens. The “Sun King” did not let us down; it was a gorgeous day and it felt so good to be outside. Living in London for a month has made us really miss the sun and blue sky. I took a ton of photos of the splendor and beauty that made Versailles so famous. It was really great to be there, even though some of the statues were covered and the fountains were not flowing. We had done so much walking that all five of us fell asleep on the way back to Paris.

When we got back into Paris, we went on an evening boat tour of the sights along the Seine. It would have been twice as amazing, had it not been so cold out and if we had not been as tired. We enjoyed seeing the Eiffel tower lit up and being able to sight see while sitting down. 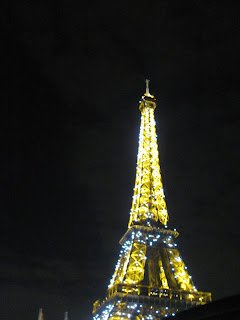 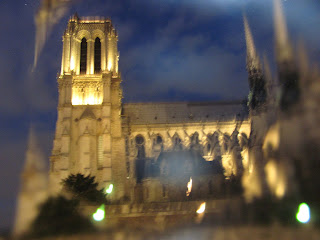 Our last day in the city of lights began with an “incredibly French” breakfast: croissants, baguettes with butter and jam, cappuccino, and orange juice. If I had to, I would be alright with living off of French bread for the rest of my life. 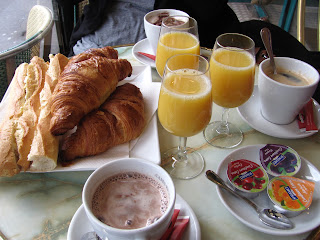 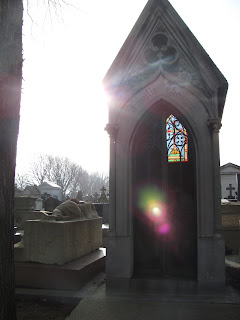 We kept a brisk pace throughout the day so that we could see everything that we wanted. We toured the Père Lachaise Cemetery which reminded me of a neighborhood full of detailed and decorated mausoleums. We passed by Oscar Wilde, Jim Morrison, and the forbidden lovers’ graves. I really did not know what to expect before we got there, but the cemetery turned out to be one of my most favorite parts of the trip. 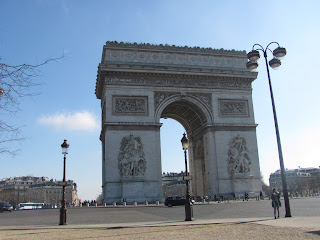 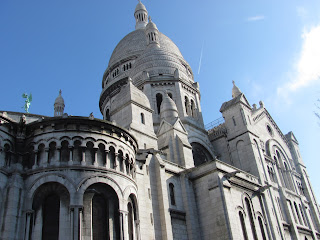 I was not positive that we would get into 11:30 mass at Notre Dame, but we made it after standing in line for just a half hour. It was amazing to be in such a large, heavy looking building with so much space above us. After mass, we took the metro to the Arc de Triomphe and walked along the Avenue des Champs-Élysées, just to say that we had. Before we went back to the hotel to grab our bags, we walked up a million stairs to see the basilica in Montmartre, which gave us a great view of the city below us. We ended our stay in Paris with some crepes; mine was filled with chocolate and coconut.
Although we were pleased with our trip to Paris, we all agreed that we were glad to be able to call London our home. It was a beautiful place to visit; however we find London to be cleaner and we became very aware of all the street scammers that preyed off of the crowds at the sights. There would be people that would “ambush” us in groups and would either try to distract us by asking us to sign something, or try to tie colorful strings around our wrists. We did not fall for their tricks but it did make us uncomfortable. We welcomed ourselves back to the UK with a short bus ride, some peanut butter and jelly sandwiches for dinner and by finishing up our homework for Monday’s classes.
Posted by Angela Maria at 6:53 PM