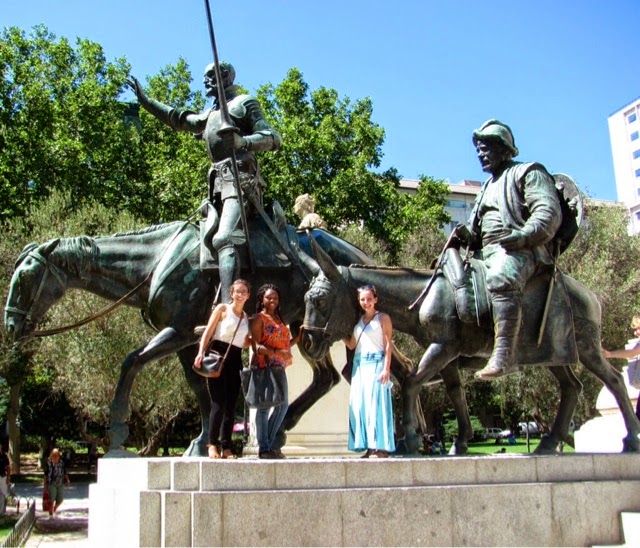 I have been studying in Madrid for two weeks now and am living in the Universidad barrio, close to Calle de la Princesa and Gran Via, the main shopping and entertainment streets in the city. I have gotten to know my immediate area pretty well, but am going to try to use the next two weeks to explore a bit more of the city.
The photo above shows my hallmates and I posing with Don Quixote and Sancho Panza in Plaza de España. The figures are characters from Miguel Cervantes' most famous novel, Don Quixote. This spot is popular among tourists but the Plaza is a nice place to pass through on a hot summer day. There is plenty of shade, and my friends and I found a clothing and accessories market there, last Thursday. 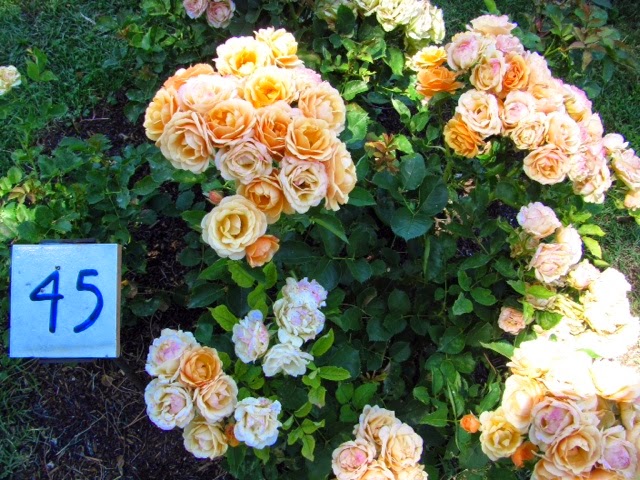 Last week after class, my friends and I ventured to Parque del Oeste, in the north west of the city, and we just happened upon the Rosaleda de Ramón Ortiz. This huge rose garden features roses from all different parts of the world. 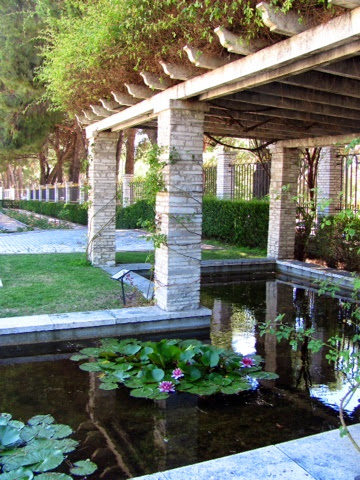 Not all the roses were in bloom when we visited, but the garden was still beautiful nonetheless. 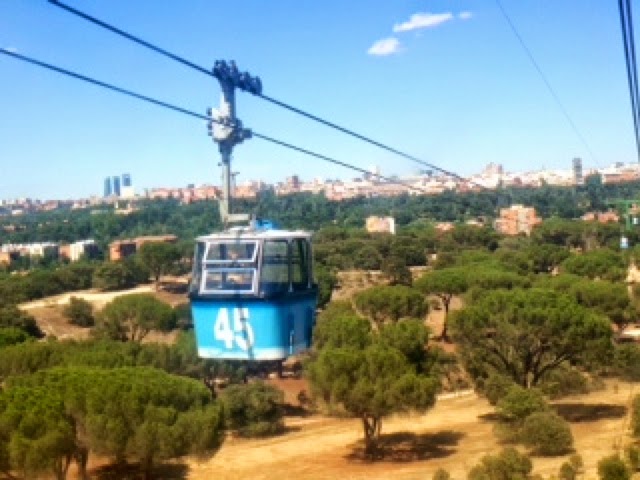 Right next to the Rosaleda, we found a cable car, or a teleférico that would take us all the way to the other side of the parque, near the amusement park in Casa de Campo. I had never heard of this cable car, but I was glad that we spent the €5.80 to venture to the other side of it and back. The farther half of the park, on the outskirts of the city, is very arid and has many hiking, biking, and walking trails that cut through it. I would not want to hike there in summer because of the heat, but perhaps it would be nice on a cloudy, cooler day. 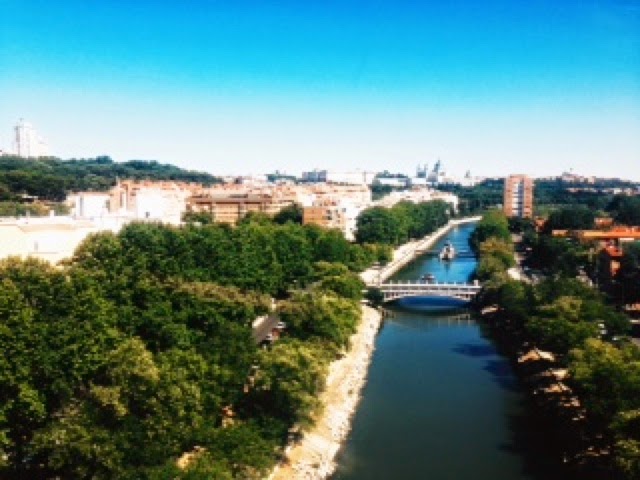 We passed over the Manzanares River, seen above.
And below is the fantastic door to my residence. They don't make 'em like this in the US: 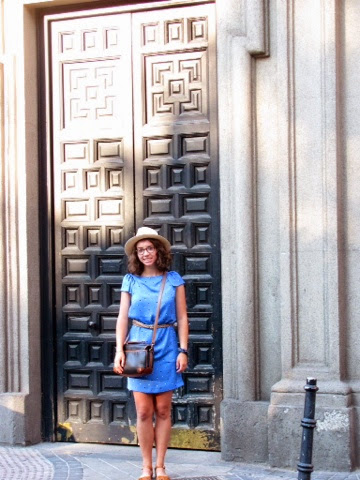 My friends and I have done more sightseeing than just this, including Puerta del Sol, Plaza Mayor, and Casa de Campo, but we have found it hard to get around Madrid in the afternoon, when we get out of class, because it is SO DAMN HOT all the time. I have heard that this has been a very mild summer thus far, but it is definitely hotter than what I am used to. We were able to visit the Prado and Reina Sofia museums, which are pleasurably air conditioned, and we have also become accustomed to spending a lot of time resting in cafes, adorable restaurants, and laying on the wooden floors of our bedrooms, trying to escape the heat.
Posted by Angela Maria at 10:53 AM