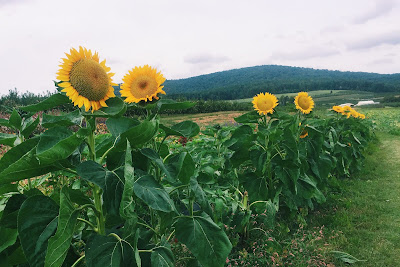 It seems that just when you think you are settled comfortably into life and have everything under control, that you get struck with an unexpected complication; something that unsettles you, makes you halt and question what you are doing, if you can go on, and even who you are.

This post may seem vague, but we have all been in this state; where a certain shred of news suddenly hits you and changes the course of your life so drastically that it makes it hard to hold on... and there is nothing you can do about it.

You did not get that dream job that you believed you had in the bag, a family member that you have always looked up to will soon leave this world, set-in-stone promises were broken... This was not the way things were meant to be.

My world was recently rocked by having my future plans change in the blink of an eye. Though I did not know much about my future, I was certain about this aspect... which made it hurt all the more when I realized that it was not meant to be...  not right now, anyways.

I have had a hard time accepting this... as well as keeping a balance between being hopeful and realistic. I still have a measly shot at that future, the one that I dreamed of, but it is unlikely that it will flourish... I am afraid that the door on that future is closing fast, though I have been fighting hard to hold it open.

This is life... post-grad or not, this can happen to any person at any time... and it stings all the worse, because it was unexpected.

I have not written in a while because I have been caught in an emotional hurricane for the past three weeks, but now, I believe that it is time to accept this life as it is and heal. I'm not done fighting, I'm not giving up, I'm just giving in.

I have been uprooted and it has left me so vulnerable, but I am starting to rebuild and regrow into the person I want to be... Because maybe I had lost a little bit of myself that has been waiting to be found. And maybe this unexpected disaster will let me be even better than I have been.

It will be a process, but I can only go up from here; just as sunflowers find their foundation, grow up from the dirt to face the sun and the dawn of a new day.

So I will leave you with the mantra that I believe in when times get tough, and possibly the one thing that I would actually consider getting tattooed on my body as a permanent reminder: Excelsior